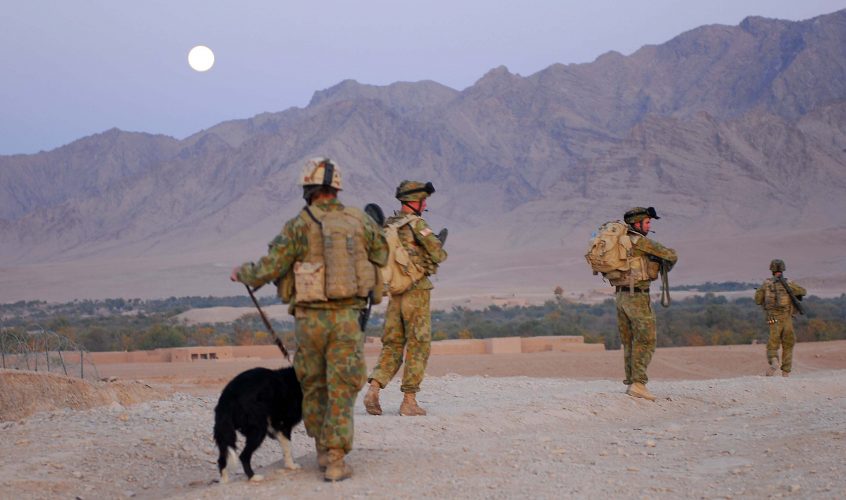 Brain injury in the military is usually associated with physical trauma, including trauma sustained from blasts or blunt forces to the head. Traumatic brain injury (TBI) due to these causes is so common among deployed veterans of recent conflicts, that TBI has been called a “signature injury” of modern war, alongside post-traumatic stress disorder (PTSD).

Another potential cause of brain injury in deployed veterans, little-known to the public, is associated with the effects on the brain of anti-malarial quinoline drugs, which military personnel are required to take while deployed in tropical and subtropical countries where there is a risk of contracting malaria. Malaria is a fever caused by a parasite which invades the body’s red blood cells. It is transmitted by mosquitoes in tropical and subtropical countries.

The anti-malarial quinoline drug mefloquine has been used by hundreds of thousands of troops from the US, UK, Canada, Australia and other countries, since the late 1980s. In recent years, some health authorities, including the US Food and Drug Administration, have acknowledged that mefloquine can cause a permanent brain injury, while independent research has found that a significant proportion of veterans have brain injury due to mefloquine use. The reported toxic effects of mefloquine include, disabilities in thinking (cognition), movement and coordination (e.g. balance), seizures, and mental illnesses such as bipolar disorder.

A similar experimental anti-malarial drug, tafenoquine, was given to 1,500 Australian military personnel during a series of clinical trials in 1999-2001. Laboratory studies at the US Walter Reed Army Institute of Research (WRAIR), which developed both drugs, found that this drug “is more neurotoxic than mefloquine.” Many Australian veterans who used tafenoquine have reported a similar range of disabilities and disorders as those veterans who used mefloquine. A total of 5,000 Australian veterans have been exposed to these drugs during their service, with as many as a quarter of these veterans estimated to have disabilities consistent with brain injury.

Poor awareness of brain injury in the veterans’ health community means that the biggest challenges are correct diagnosis and access to appropriate brain injury rehabilitation services. Several authorities including WRAIR, the US Army Surgeon General, and the US Centres for Disease Control, have noted that mefloquine use has been confused with a false diagnosis of PTSD, rather than brain injury, due to similar symptoms. Many veterans who have sought medical help have been diagnosed and medicated for PTSD or other mental illnesses without having been referred to brain injury specialists. Misdiagnosis has led to family breakdowns, homelessness and, in some cases, suicide.

An important recent development is that the Repatriation Medical Authority (RMA) has announced that it will conduct an investigation to study the potential link between brain injury and anti-malarial drugs, such as mefloquine and tafenoquine. If this investigation confirms that anti-malarial drugs can cause brain injury, veterans with brain injury caused by these drugs could achieve better access to disability supports available from the Department of Veterans Affairs. Regardless of the outcome of the RMA’s investigation, research and development of brain injury rehabilitation and outreach programs are needed. To improve our understanding of this cause of brain injury and to improve the lives of those affected, the Quinoline Veterans and Families Association is discussing several research proposals with academics and health practitioners in brain injury.

2017’s Brain Injury Awareness Week (August 21-27) is devoted to brain injury in the military. In the lead-up to this important event, the Quinoline Veterans and Families Association look forward to working with the Brain Injury Australia community to raise awareness of the challenges faced by quinoline veterans and their families.

Stuart McCarthy is the Co-Convenor of the Quinoline Veterans and Families Association (QVFA). He was recently medically discharged from the Australian Army with an acquired brain injury, after a 28- year career, which included operational deployments in Afghanistan, Iraq, Ethiopia and Eritrea, Indonesia and Bougainville. 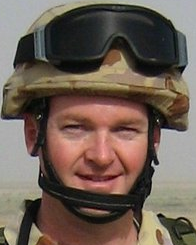