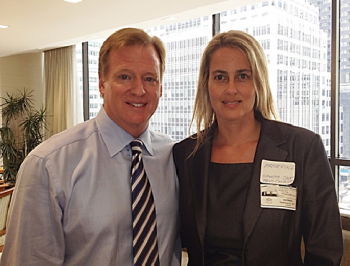 “…I didn’t plan on becoming the voice of female brain injury. In fact, for decades, I hid my 25 concussions from friends and even my family. Only after seeing how many other women were suffering in silence, did I come to believe that females with brain injuries are the invisible patients within ‘the invisible injury’.

…Somewhere along the line, I just learned that people didn’t have much compassion for concussions, and I stopped letting anyone know when I was hurt. I saw doctors each time they happened but no one told me much other than, just rest.

Starting in my 30’s, I noticed I often forgot the names of common household items and will say “put the thing in the thing” or I just call everyone “sweetie” (awkward when it is the plumber!). I would make mistakes often when it came to my memory and it became obvious to my family and friends. Over the years, I have felt ashamed, embarrassed and alone when my deficiencies were visible to other people. I learned to hide and just count the weeks until my headaches went away…” Read more