My name is Melinda, I am 45 years of age,and I have a mild ABI (Acquired Brain Injury). It’s not something you can see by looking at me, or even something you can ‘tell is there’ by having a brief conversation with me. At least, I don’t think you can. But trust me when I tell you, I HAVE an ABI. It affects my short term memory, my sense of smell, I sometimes have a bit of trouble with my ‘social filter’ (inhibitions) and I forget words sometimes. For example, I couldn’t remember the word ‘runway’ one day; I kept saying “It’s like a driveway, but much longer, and planes go up and down off them”

So anyway. I had a ‘one-on-one’ monthly review thing with the boss the other day, and she says to me “You just need to focus more, and try harder”, which is what she always says, and what other bosses have said too. And what I always say in response is “I do try my best to manage my short term memory problems as best I can. I take the vitamins that are recommended for memory and cognitive function, I write things down in the day diary. I make alarms in my phone to help me remember stuff. But I can’t do better than my best. I HAVE an ABI (Acquired Brain Injury), and I’m stuck with it. I can’t make it better or make it go away. I can only work with what I have, to do the best that I can do.”

I got my first ABI when I when I was age 10. I came off my pushbike, it was the days before helmets were being worn, and my head got slammed into the ground. I lost consciousness for a bit (don’t know how long) and when I came to, and Dad found me and took me to hospital, I didn’t know my name. And yes, I mean I LITERALLY did not know my own name. I had amnesia for about 3 or 4 days, and had those days off school. I can still recall the doctor saying “You have a brain injury now. You may find some things a bit difficult from now on; like short term memory, and your sense of smell may also be affected. You might also find that it affects your inhibitions sometimes, and you may struggle to find the right word for things. (That the bit that I now call my ‘social filter’ and I refer to it as being dodgy at best!)

I had an asthma attack at age 18, where I STOPPED BREATHING for one minute and twenty eight seconds. That too, is not so good for the brain. Brains need oxygen.

I had another blow to the head, and another loss of consciousness (about 25 minutes that time) at age 21, when a large drunk male fell down the slope of which I was seated at the bottom, and LANDED ON MY HEAD, and on the very top of my spine. That injury cost me 18 months of treatment – I had to have chiropractic work, traction, physio, spinal rehab etc. And it was a PAINFUL 18 months too, let me tell you. All the medical staff were AGAIN saying ‘It seems that not only your spine was damaged, but that also you may have had some ‘bruising’ to your brain, which means you have a brain injury”. Again with the loss/damage to the part where short term memory function happens, and again with the sense of smell, the struggle to find the right words, and the inhibitions being affected.

Then, at age 23, in a relationship involving domestic violence, I received a blow to the head from my partner’s fist, which resulted in me sitting myself in a darkened room for about 3 days, unable to focus on anything in particular, my state of consciousness felt quite ‘altered’ to say the least, I was watching colours swirl around in front of me, and feeling sick and dizzy. I never went to seek any medical help at all for that one because I was too afraid of the backlash I might receive from him afterwards. Obviously I made it out of that relationship alive ….. but only just.

Add to those three injuries some years of alcohol and other drug abuse (sober and clean now for 18+ years), and you have me: Happy, Joyous, Free ‘Melly bear’, with an ABI. If I COULD make my brain better, I WOULD. But I can NOT make it better. I can only do the best I can with what I have. What annoys me the most about having a mild ABI, is that when people say to me ‘You just need to do better’, that it’s like asking someone without legs to ‘just get up and walk’. Or asking a fish to fly. I can NOT do better than my BEST. And yes, my best can vary from day to day. It’s worse when I am stressed about anything. But better at other times, when I’m happy and accepting of life. 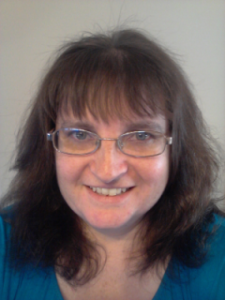 Most of the time, I can laugh about it, make a joke out of it, and it’s okay. But sometimes, I am frustrated and embarrassed about it, even to the point of feeling like crying, and really wish I could ‘do better for the boss’ …..  but I can’t and that’s life. Anyway, if you read all this way then thank you for reading.