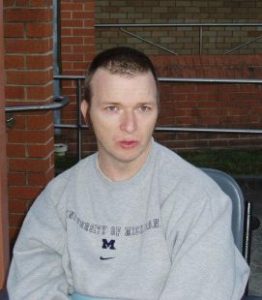 “My name is Steve Knott and on Sunday April 9th 2006 while out for a drive I had a serious car accident on the Old Pacific Highway. I was cut out of my car and then airlifted to Westmead Hospital with a severely damaged left arm, a broken right wrist and ankle, but most serious was the traumatic brain injury I had sustained as a result of the accident. I spent 10 days in a drug-induced coma, a total of 3 weeks in intensive care and then another 2 weeks in the Westmead neurological ward.

On the 11th of May 2006 (my birthday) I was moved to the Royal Rehabilitation Centre Sydney, where I stayed until September 2006.  I suffered Post-Traumatic Amnesia (PTA) for 14 weeks – I couldn’t make a cup of coffee or butter a piece of toast, find my way to or from a rehab session, and the smallest noise distracted me. While there have been several ‘ups and downs’ along my recovery path, thankfully my wife (Andrea), my family and close friends never let me give up, never accept the ‘I can’t do it’ or ‘it’s too hard’ excuses and helped me discover I can do things I didn’t believe I could.

After returning home in September 2006 I focused on returning to my pre-accident role with the organisation that had been my employer since 1995, and while the Company were very supportive, the impact of my brain injury meant that I could not return…

Late in 2008 I was getting despondent because despite applying for numerous jobs and trying a couple of different employment options I had not been able to secure a role. So when my wife asked me what it was that made me happy and therefore what type of job I would really like, I responded by saying

“I wanted a role that will give me a sense of well-being, where I could be part of a team and that was related to one of my passions – coffee, music and animals”.

I made the decision that I would undertake study to help me achieve the ‘dream role’ and have enrolled in a TAFE Cert III Companion Animal Studies course. I am now volunteering on a regular basis at Doggie Rescue (doggierescue.com.au). I have been doing many different things on my days at Doggie Rescue, including feeding, meeting and greeting people and walking dogs.” 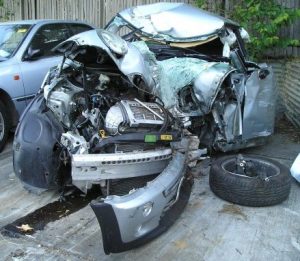 Steve has also taken up rowing.

“Steve Knott began rowing at Balmain Rowing Club in April 2010, in Balmain’s Learn-to-Row program.  During the two months of the learn to row program, Steve learned the basics of the rowing stroke and rowing in a crew. After April, Steve was keen to continue training, but due to other circumstances, was unable to get back down to the club until October 2010. From October 2010 until January 2011, Steve trained in a tub single scull, and in a double-scull with one of his coaches, Barbara Ramjan or Anne Craig.  At first he trained only sporadically, but as his ability grew so too did his enthusiasm. In January 2011, he entered the small boats regatta – more for experience than to attempt to win the event. However, he managed a second place, and for his first race in a single at the adaptive level, rowed a very respectable time.

Having realized now what competitive rowing was all about, Steve began land training, supplementing his time at the club with time on the ergometer. Less than 3 weeks later, Steve rowed at the State Championships, and came second in the single, with a third in the double, partnering with an able-bodied rower. Steve took close to 45 seconds from his time in the single, resulting from both more strength and better technique in the boat. 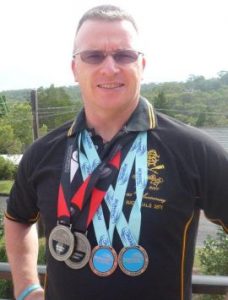 A month later, at the National Championships (and only 6 weeks into his racing career), Steve again placed second in the single taking a further fifteen seconds from his time. In the adaptive double his crew came second also.  Although he was now rowing in a double with another adaptive rower, they rowed the course in a time less than one second slower than his state championship time. Finally at the Edward Trickett Regatta, Steve reached his goal and won both the adaptive single and adaptive double events. Yet again he improved his time in the single, although adverse weather played a key part in his double scull time being half a minute slower than his previous time.

All up, in 3 months Steve has gone from a non-competitive rower to a highly competitive adaptive rower: Next season he will also look to row in novice able-bodied crews where possible. He has never failed to achieve a personal best time in his single, and is aiming for representative selection. He is enthusiastic, powerful, willing to both learn technique and work hard to improve his fitness, and is utterly determined to overcome every obstacle that appears in his path to achieve his goals. In short, he is a fantastic new sportsman and role-model for every novice at our club. 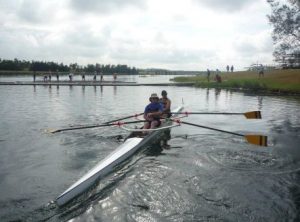